“Why white nationalist terrorism is a global threat”

Even ISIS recruits can be reintegrated into society, if the approach is right. Read this article online.

“Daniel Koehler, the director of the German Institute in Radicalization and De-Radicalization Studies in Berlin, said in a telephone interview that Lieutenant Hasson “more or less fits perfectly in what we would expect” about someone who would plot such an attack.” Read this article online.

“Want to Deradicalize Terrorists? Treat Them Like Everyone Else.”

“What Doomsday Cults Can Teach Us About ISIS Today”

Our pioneering work around deradicalization was featured in The New York Times.

“How a Shadowy Imam Evaded Scrutiny and Forged the Barcelona Cell”

“What Should Europe Do With the Children of ISIS?”

GIRDS Director Daniel Koehler’s work with minor ISIS socialized children was featured in The New York Times. Read the article What Should Europe Do With the Children of ISIS?

“Trust me with your life”

(TEDX Talk by our Director Daniel Koehler in Frankfurt, November 29, 2016) 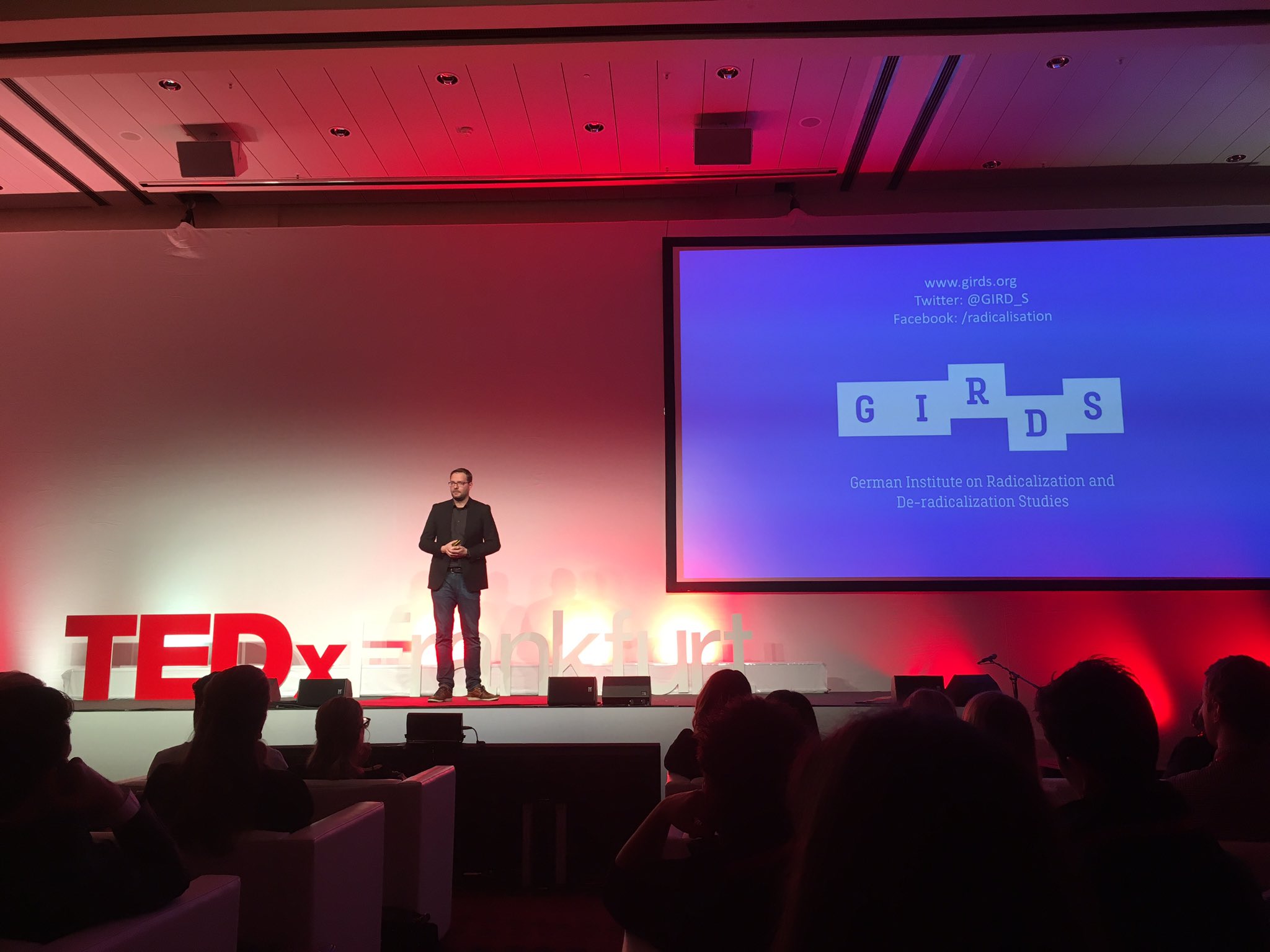 During a public event hosted by Brookings in Washington D.C. on “Countering violent extremism through early interventions” GIRDS Director Daniel Koehler was honored to speak about deradicalization. Learn more about the event here and watch the debate on C-Span.

“ISIS in America: how doomsday Muslim cult is turning kids against parents”

Interviewed by Warren Richey for the Christian Science Monitor GIRDS Director Daniel Koehler explained how deradicalization can be a from of psychological warfare against violent radicalization. Read the full article here.

(January 9, 2015, by Mark MacKinnon and Joanna Slater, The Globe and Mail)

After the attacks in Paris GIRDS Director Daniel Koehler was asked about the value of family counselling for counter-terrorism. Read the full story here.

“He ‘Wanted to Be Important’: How One Westerner Spiraled Toward Jihad”

How can de-radicalization programs prevent persons from going to Syria or Iraq to fight? Daniel Koehler explaines effects and methods for Wall Street Journal. Read more.

Family counselling ‘made in Germany’. Developed by Daniel Koehler the method inspired numerous similar programs around the globe. Read more.

“Crackdown on British jihadis to include ‘deradicalising’ scheme from Germany”

For the Guardian Daniel Koehler explained which elements of German de-radcialization programs could be of value for Great Britain. Read more.

For BBC Radio 4 GIRDS Director Daniel Koehler talked about German de-radicalization programs and the possibility to transfer some experiences to the United Kingdom. Listen to the podcast here .

“How a German group keeps youths from becoming jihadis”

How does family counselling and de-radicalizaiton work loke like in practice? Daniel Koehler gave a detailed account based on his personal experiences for the Christian Science Monitor. Read more.

For the London Sunday Times Daniel Koehler talked about how family counselling programs could be implemented in the United Kingdom. Read more here.

GIRDS Director Daniel Koehler spoke about the German Hayat program, which helps families to prevent their relatives from leaving to Syria or to convince them to return. Read the full story here

“Heil Hipster: The Young Neo-Nazis Trying to Put a Stylish Face on Hate”

“Neo-Nazis in Germany Use Music to Attract Young Followers”

Soraya Nelson from National Public Radio interviewed Daniel Koehler, about the role of music in the right-wing scene in Germany. Listen to the story here.

Daniel Koehler was invited to talk with Brent Goff on October 30, 2012 about the discovery of the German Neo-Nazi terror cell “National Socialist Underground (NSU)” in 2011 and what has changed regarding combating right-wing extremism in Germany since. Watch the full episode here.

“With A Database, Germany Tracks Rise Of Neo-Nazis”

Listen to the podcast of that report, to which Daniel Koehler, the Director of GIRDS contributed here.