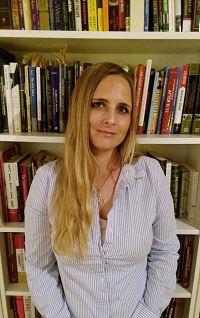 Dorle Hellmuth is Associate Professor of Politics at the Catholic University of America in Washington, DC. At CUA she teaches courses on terrorism and radicalization, homeland security, transatlantic security, European, and comparative politics.

She is the author of Counterterrorism and the State: Western Responses to 9/11. A specialist on counterterrorism decision-making and reforms, Dr. Hellmuth’s current and long-term research interests are devoted to the study of (de) radicalization processes and methods in Western democracies. Her most recent publications analyze counterradicalization approaches in France, the United States, and Germany.

Professor Hellmuth has briefed members of parliament, law enforcement, and government representatives on U.S. counterterrorism, national security, and defense issues. She previously taught at the American University in Washington, DC and served as a research fellow at the U.S. National War College at Fort McNair for five years.

Hellmuth holds a PhD in World Politics, as well as Master’s Degrees in Political Science, American Literature, and Strategic Studies.